Some things are just fun to build, and without much concern for its general utility I thought I’d share one of them :-)

serilog-generator.exe is a handy little app for exercising Serilog sinks and log servers without needing a test harness project for each one. It’s published on NuGet as a ‘tools’ package and can be installed into a sink project like any other NuGet package:

(It’s also on Chocolatey but currently fails because of some command-line handling that Chocolatey shims seem to do.)

At a command prompt in a folder containing a Serilog sink assembly, the sink can be loaded, configured, and sample data pushed through it with a command-line like this one that exercises the Seq sink:

Unless --quiet is specified, the log will also be written to the console so you can compare it with what shows up in your sink: 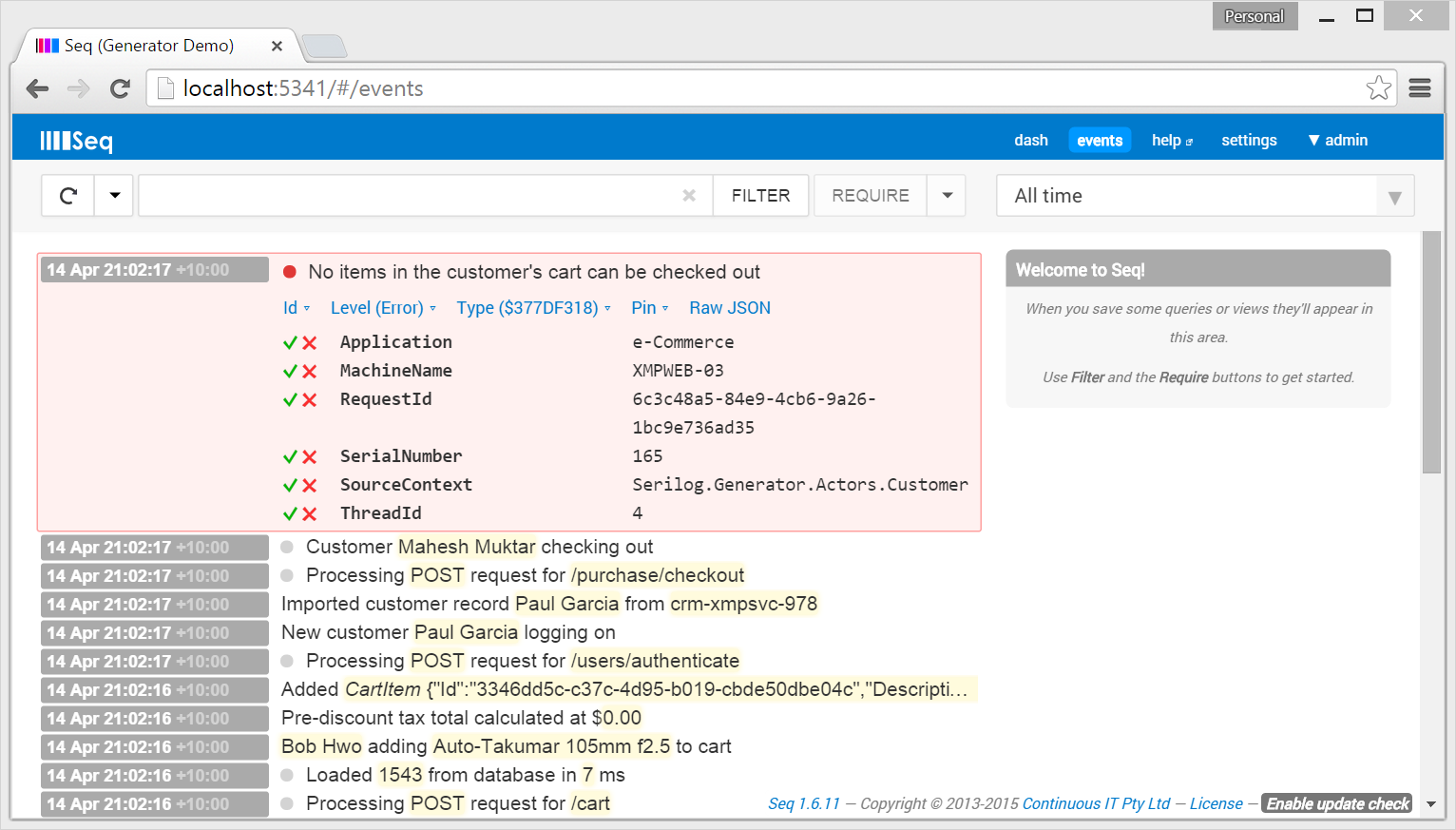 The XML version uses a serilog: prefix to disambiguate from other settings often found in config files, but apart from that you can see the basic using/write-to directives (as well as the minimum-level and enrich options not shown here) work the same way.

Adding a new configuration provider is as easy as finding a way to load the pairs:

You can see how serilog-generator.exe uses this general support to implement ReadFrom.CommandLine() in its source. There are a couple of subtle points in there but it’s really only a few lines of code.

Reading settings from the command-line might not be particularly useful for many (most!) apps, but if you’re using a different configuration system and want to tap into Serilog’s built-in settings support it can come together quite smoothly.