Quite a few customers integrate with the API, either for querying events or for automating administrative tasks like adding users, creating/modifying queries and views, etc.

Though it’s possible to just jump right in using JSON, it’s a pain to figure out the dynamic structure of the entities that are sent and received and hand-code C# types that serialize appropriately using JSON.NET.

To fix this, we just published the entire set of Seq API types, as well as higher-level wrappers, to the new seq-api project on GitHub and published via NuGet:

You can use the package to connect and work with items from your Seq instance:

Things should be pretty self-explanatory - just dot your way through the properties on SeqConnection to find your way around.

As a brand new project we fully expect some rough edges in there, for example you may need to upgrade to Seq 1.6.7 in order for some features to work. You can already do some interesting things with it though!

The seq-tail.exe app that’s included as a sample in the repository implements something like the Unix tail for logs from your remote Seq server. 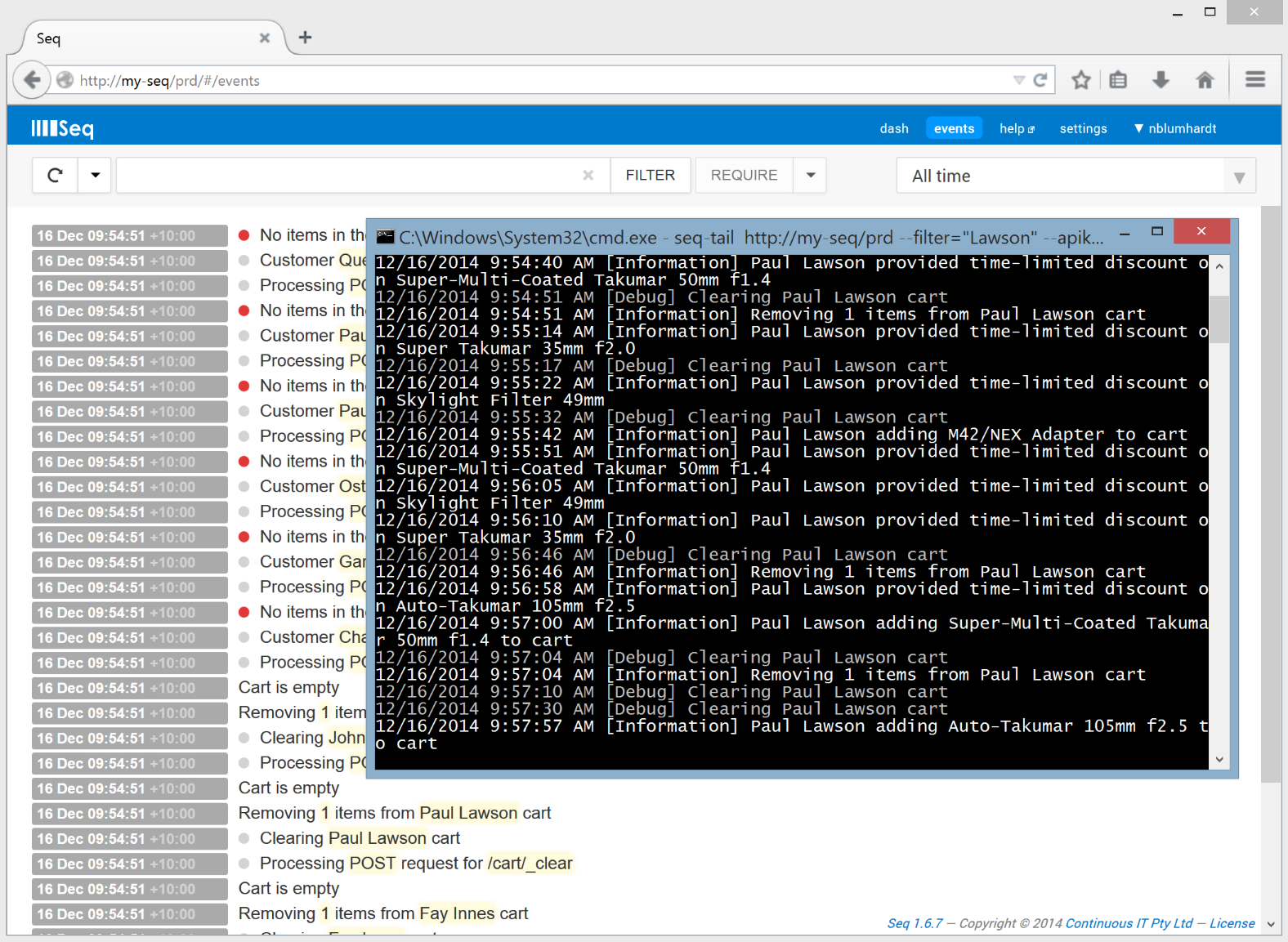 (Nerdy note - if you haven’t seen docopt.net in action before, check out how the command-line parsing in the example works.)

Now that the API is published I’m looking forward to actively improving it - it’s crying out for some Rx love, for starters. If you crank it up I’d love to hear about your experiences.